Protect Your Organization from Spying Threats 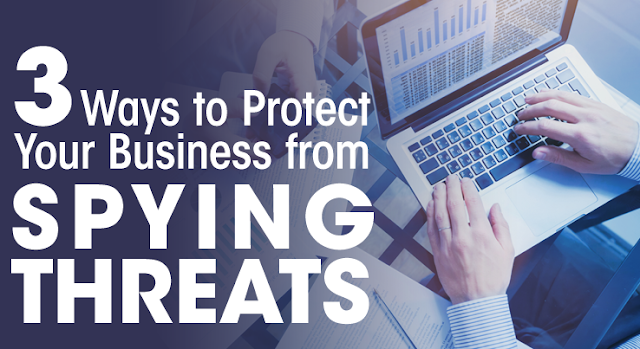 Cameras are everywhere, from Ring to facial recognition that unlocks your smartphone. People are being conditioned to be on camera even when they don't want to be. Corporations and institutions are seeing their private spaces invaded also, particularly as intellectual property is increasingly under threat of being stolen. In 2016 the FBI reported a 53% increase in the number of corporate espionage cases being investigated.

Institutions blind to the growing number intrusion of cameras and recording devices risk competing with their own stolen intellectual property. Certain international players see corporate espionage as a growth strategy, not just a short term means to an end. Many institutions think only of securing their IP in cyberspace and ignore the real threat lurking in their boardrooms, recruiter offices, or break rooms. One only needs to look at the latest headlines involving the intended theft of T-Mobile's robot technology via secretly collected pictures. With the growth of internet connected devices it's not beyond the realm of possibility that the employee microwave is silently streaming project details to a murky competitor.
However taking steps to secure your organization beyond cyber threats has a payoff: Scanning areas where your employees work with international partners will reveal any surreptitious recording devices. Training your employees to utilize detection devices puts them at the front lines of being able to detect and stop a theft before it happens.

All you need to begin a complete surveillance detection protocol are a set of comprehensive tools:

Recently a customer came to us concerned that private conversations were being compromised after a chance meeting with a presumed potential client at an out-of-town trade show. The new client seemed to know exact details of our customer's itinerary as well as other private conversations. Evidence mounted that this 'new client' was trying to determine who else our customer was establishing business relationships with, even during after hours meetings. After investing in a handheld detection device and an afternoon of practicing scanning with our customer service team, our customer discovered a hidden tracker on a vehicle used for business as well as listening devices in the office space. Finding these hidden devices allowed our customer to bring law enforcement into the matter and stop the unwanted surveillance threat.

Protecting your organization from spying threats should be a multi-pronged approach. Once your institution has implemented a regular surveillance detection scanning plan both employees and outside partners will feel secure that outside surveillance is not jeopardizing trade information. Employees will be free to work without fear of having their efforts undermined by secret audio and video surveillance. And IP protection teams will have more time and resources to devote to catching slippery cyber opportunists.